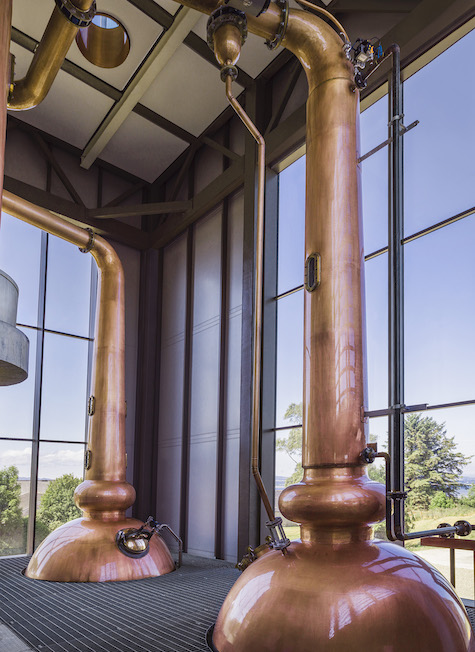 With The Lighthouse, Glenmorangie Becomes a Beacon of Innovation

In the world of single malt scotch, Dr. Bill Lumsden is a fearless explorer. With curiosity as his compass, the head of distilling and whisky creation at The Glenmorangie Distillery Co. has created a range of wine cask finishes, harnessed mocha flavors with Glenmorangie Signet, cultivated wild yeast for Allta, and used grain from the property’s own barley fields for its Cadboll Estate expression.

Now, Lumsden is setting sail on a new ship, as Glenmorangie unveils the Lighthouse, an experimental distillery where he will pursue his wildest whisky dreams. “I clearly will be making products which will be proudly labeled as Glenmorangie single malt scotch whisky, but I have the capability to do all sorts of other things,” says Lumsden. “I haven’t really got a crystal-clear picture of everything I’m going to do. And obviously, some of the things are confidential, but it’s certainly a distinct possibility that we may have products going into market which are not actually scotch whisky.”

The Lighthouse is located on the Glenmorangie campus, and is surrounded by glass walls that tower over the main distillery buildings. The giraffe neck stills in the new facility were made by Forsythe and resemble those of the main distillery, with a few key differences—namely hollow water-cooling jackets that will enable Lumsden to vary the rate of reflux in order to create lighter or heavier spirit. The Lighthouse also has a brewhouse attached, and a sensory laboratory on the top floor. Overall, it is a striking structure—one that signals not only a new chapter in scotch creation, but also emphasizes design aesthetics and architectural beauty.

The pot stills in the Lighthouse mimic those in Glenmorangie’s main distillery but have hollow water-cooling jackets that will allow Lumsden to alter the spirit with precision.

“I knew the experimental distillery part was a given, but I originally wanted it in an anonymous corrugated iron shed with a huge padlock, so nobody other than me and my team was able to get in or out,” Lumsden says. “I’m still glad that we’ve ended up with what we’ve got here, and the vision for it is quite stunning. I have reluctantly agreed that it would have been a shame not to have something as magnificent as this.”

Lumsden is predictably coy when pressed on what sort of innovation he has in mind, but he offers a few points of inspiration. He admires what Buffalo Trace has done with its Old Charter Oak line, exploring finishes in Mongolian and chinkapin oak, and mentions the Woodford Reserve Master’s Collection, where master distiller Chris Morris has used oats and cherrywood-smoked barley to create flavor. “I’ve taken inspiration from some of the things our friends in the United States have done,” Lumsden says. “That’s one of the things I love about our industry—that we do tend to have a great deal of respect for our family of distillers and we talk to each other a lot.”

Lumsden is also inspired by his fellow scotch whisky makers. He recently had the chance to taste Arbikie Highland Rye Single Grain, a noteworthy whisky for a country that has only recently started to contribute to rye’s global growth, but prides himself on being original. “As a naturally competitive person, I would prefer to be the first to do things,” he says. “I obviously would probably not do things exactly the same as other distillers, but I may well take inspiration from them and do something like that.” Glenmorangie has finished its single malt in rye barrels before, with its Spios expression in 2018.

In a video presentation, Lumsden said he is inspired by traveling the world, meeting new people, and eating new foods, and that he’d like to create new flavors that no one has ever heard of. In particular, he expressed a fondness for the flavor of fresh white truffles. He seems less moved though by the recent changes in the Scotch Whisky Technical File that allow for tequila and other spirit finishes. “Personally, I’m not convinced that that would actually give a good taste,” Lumsden says.

The Lighthouse will not run 24 hours a day, 7 days a week, but more on a batch basis. There is not a rigid structural plan, and Lumsden will tinker with his ideas and experiments as he develops them. Both Lumsden and Glenmorangie president and CEO Thomas Moradpour emphasize the balance of scotch whisky’s storied tradition with the dynamic possibilities of its future. “We have to think about maintaining a house style and its integrity and its quality, but also pushing the boundaries to introduce products that may see the light of day in 10 years, 15 years, 20 years,” Moradpour says. 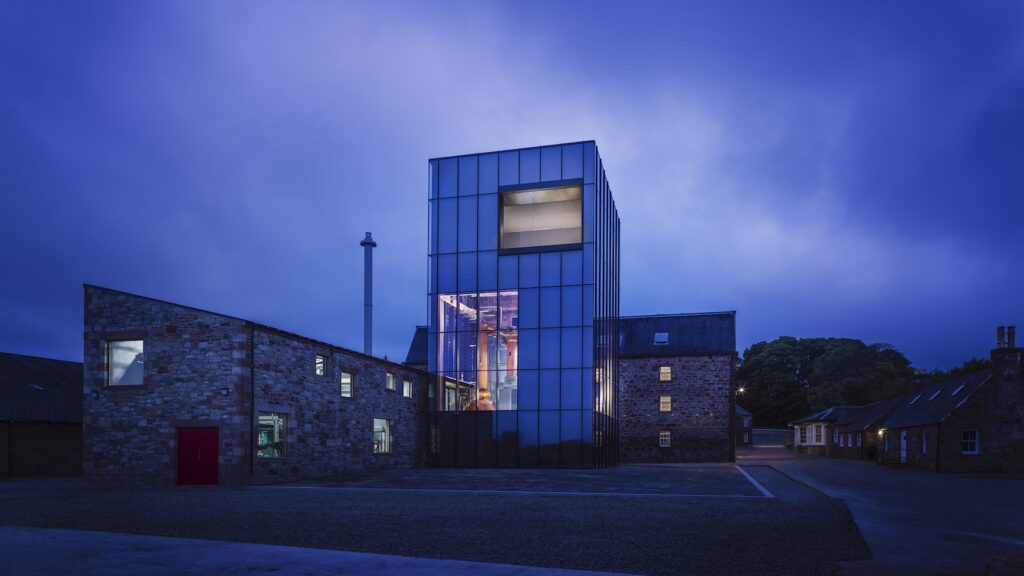 Lumsden says the Lighthouse will not run 24/7 but rather in a batch-like process as he works on various experiments and ideas.

To start, however, 3,000 bottles of Glenmorangie Lighthouse will be released only at the distillery. The whisky has been aged for 12 years in bourbon and sherry casks that are now encased in the Lighthouse’s walls. As for whiskies made at the Lighthouse, we will have to be patient. But as he’s done throughout his career, Lumsden will remain at the vanguard of pushing the possibilities of what scotch whisky can be. “I think innovation and experimentation within the scotch whisky industry is unquestionably here to stay,” he says. With the Lighthouse, Lumsden and Glenmorangie are making sure they lead the way.

The post With The Lighthouse, Glenmorangie Becomes a Beacon of Innovation appeared first on Whisky Advocate.