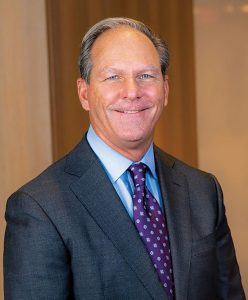 Breakthru Beverage Group, whose operations span across the United States and Canada, announced the Board of Managers appointed Tom Bené as President and CEO, effective Oct. 4, 2021. He will succeed Greg Baird, Breakthru’s current President and CEO, who will serve as an advisor to Bené through the end of the year, assisting in the transition. As Breakthru’s leader, Bené will advance the next phase of the company’s growth and expansion, accelerating technology and innovation, and executing excellence for supplier and customer partners. In its news release, the company said Bené draws on more than 30 years of leadership experience, with a proven track record of driving growth and modernizing business models. Most recently, Bené served as President and CEO of the National Restaurant Association. Previously, he served as Chairman, President and Chief Executive Officer of Sysco Corporation. Prior to that, he served as President of PepsiCo’s foodservice business.

The post Breakthru Beverage Appoints Bené as President and CEO appeared first on The Beverage Journal.